It's been revealed that hundreds of childcare centres in NSW are struggling to meet the federal government's tough new industry standards and some could be forced to close within three years.

The Sun-Herald newspaper says NSW needs to upgrade the qualifications of almost 6000 carers and find an additional 2000 university-trained childcare teachers by 2014 to meet the state's quota under the new standard.

But it says a critical shortage of fully qualified childcare workers means many centres in NSW are operating without trained staff.

Some centres with staff who hold TAFE or diploma qualifications have received exemptions to allow them to operate while they recruit university-trained graduates or retrain existing staff.

Industry sources have confirmed, however, that many more centres are operating in direct breach of NSW regulations as they are unable to qualify for an exemption.

A NSW Department of Community Services spokeswoman said operators who could not meet training requirements could face licence suspension, closure or prosecution. 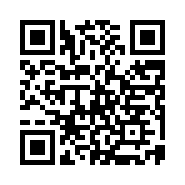